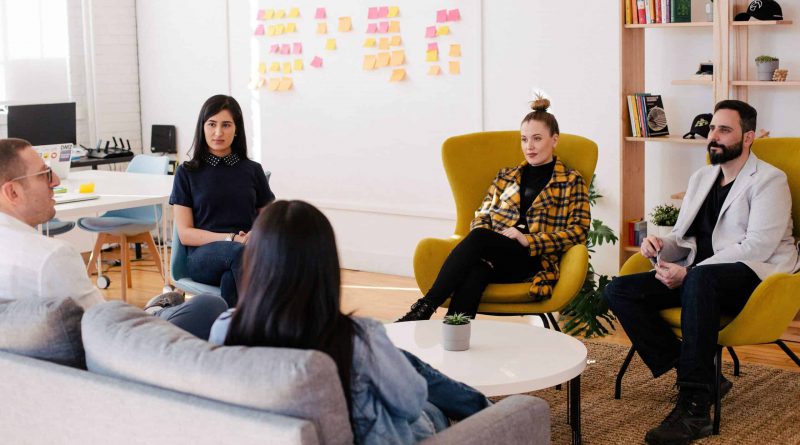 
In the ever-changing, ever-complex world of work, team dynamics has never been so important. Teams previously working closely together have been forced to physically disband, go through various life-changing experiences, and in some instances, come back—well, kind of.

It’s likely now your team all have a very different view of what their “new normal” looks and feels like, collectively and individually.

Hybrid working, changing personal motivations, and constantly changing business strategies have made some previous leadership approaches to teamwork redundant. Listening and displaying emotional intelligence are skills all leaders will need now and into the future, but teams and individuals are after different things.

Want to create a new normal that your team can thrive in? Let’s dig into 17 ways how to get everyone on the same page in this new, uncertain world we’re living in.

If you don’t know the person behind the job title, you’ll never fully understand them. You may have thought you knew your team members before the pandemic, but everything has changed in the last two years.

Use a tool like FindMyWhy to get to know what motivates the people who make up the team. Some of these new motivations may be an eye-opener for them as well as you. I would recommend revisiting this or something similar at least twice a year as one event in a person’s life can completely change their motivation for work and ultimately, their contribution.

2. Let Your Team Get to Know You (Again)

It’s key you let your team know how you operate best, as well as letting them know your motivations for turning up every day. Your personality traits will dictate how they communicate with you.

Need the details? Tell them. Just want an overview? Tell them. 16Personalities is another free tool that you and the team can do together and enjoy reporting back the scarily accurate findings. Appreciate who they are and not what you want them to be, and you’ll be able to get everyone on the same page.

3. Ask the Team How Best to Operate Together

Remote work, busy periods, it’s likely your team already knows the ins and outs of the daily operation better than you do. They live and breathe it every day. They know what works and they know what causes blockages.

Rather than you dictating to them what you think is the best approach, ask them to suggest the way forward and let them own it. You should be able to leave the team to run itself for long periods if necessary.

4. Set Out the Non-Negotiables

Not every task the team completes is urgent, (if everything was urgent, nothing would be urgent) but there may be a few key deadlines or meetings that are core to the success of the group. Re-establish what these are so everyone knows they need to turn up to the weekly meeting or have their data ready by the end of the month. This will help you get everyone on the same page.

Clarity on who is doing what and why is key. A recent report by Panopto found that employees spend up to six hours a day duplicating work—six Hours! This was down to simply not having access or awareness to something that had already been done.

Increasing the team’s operational transparency will massively reduce the loss of effort and wasted time reinventing the wheel.

6. Save Documents in One Place

This seems relatively simple, but having one platform to store documents in is a bit of a no-brainer. This allows the team to coordinate better and get everyone on the same page.

Yet, teams still resort to saving all sorts in legacy files, personal drives, and folders. This may require a slight behavior shift from some, as per the next tip.

Individuals in teams may feel that knowledge is power and will tend not to proactively share that knowledge to retain some sort of status or power dynamic. This can be creations, access to systems, or just information they’ve picked up.

Praise this kind of sharing, and create a culture that reduces one person’s dependency and “go-to” individuals. The team improves when group knowledge increases.

Make room for fun. Don’t just wait until the darkest weeks of December to finally put on a festive jumper or funny hat. Getting everyone on the same page also requires sharing some laughs among the team members.

Sprinkle some fun throughout the year that allows the team to blow off some steam. That may include you, as a leader, being the butt of the joke.

Burnout is drastically on the rise, so it’s vital that the culture of overwhelm and overwork doesn’t creep in. On the odd occasion, pulling an all-nighter may need to happen. But as a regular part of the team dynamics, no way.

If the team is delivering by sacrificing their well-being, it falsifies the actual resource needed to do the job. You’re there to look after them. The best way to discourage this is not only to play down any rewards or praise for regular overworking but also to be a role model yourself.

A team that learns collectively and shares experiences feels a sense of togetherness. They go through the uncomfortable moments of not knowing through to the other side of ah-ha! moments as one unit, lifting each other up and creating camaraderie.

Through this approach, culture can be established and evolved, creating collective milestones the team can refer back to in times of need.

11. Rewrite Rules With the Team

Groups of people will formulate assumptions and unwritten rules. Over time, these rules become normalized, even though they have never been written down or formally acknowledged.

Work with the team to understand what rules need breaking. Weekly 1:1s no longer adding value? Change it to bi-weekly. Lengthy monthly town halls are now too boring? Amend it.

Leaving processes for too long can increase the risk of them becoming stagnant, so it’s important to constantly re-write the playbook to stay relevant.

12. Increase Diversity of Thought Together

Groupthink occurs when groups of people reach a consensus without critical thinking or disruption. It happens when teams work too closely in a silo and don’t habitually bring outside thinking in.

Encourage visitors from other teams to join in on meetings or small initiatives to share their approach or ask basic questions that the team may have forgotten about—things like “Why do you do it this way?”, “What does that mean?”, etc.

Teams of people generally are competent enough to be able to do the “doing” and satisfy the objectives of the role. However, some may like a bit more “why” and reasoning behind the direction the team is taking.

This is where you can share your vision or emphasize the team’s vision and how it plays its role in the bigger picture of the organizational system. You are likely to be able to see a little further ahead, so give the team that view so they can connect with the broader “why.” Telling the team the “why” of the job can help get everyone on the same page.

There’s a nice balance to be sought in regards to psychological safety. The team should feel comfortable enough to ask you and others in the team questions, provide feedback, and suggest ideas that may not be fully formed.

Creating that feeling in the team is critical for continued leadership development as well as increased performance, so you must listen for any negativity and explore with the team why that might be happening. It’s also a great sign that failure is somewhat celebrated as a First Attempt In Learning (F.A.I.L).

We’ve heard the phrase “my door is always open,” but actions speak louder than words.

What generally comes with that phrase is a full calendar that shows no gaps and an excessive amount of back-to-back meetings. Your team can see that and will immediately think you are too busy for a quick natter or to be their soundboard.

Alternatively, they may wait until a formal meeting to share their now, maybe, diluted idea. Tell people when you are around for calls or ad hoc stuff, and your team will quickly follow suit.

However, text, tone, and timing can all be viewed in slightly different ways, which can cause unnecessary friction. One person’s expectation for a response within an hour may not be managed if the receiver likes to reflect and reduce communication distractions until the end of the day.

By setting some agreed ground rules and etiquette, the team knows how and when to approach their colleagues when a query needs answering, and this will help get everyone on the same page.

Knowing that your work was well-received is a major factor in people feeling fulfilled at work. A lot of people just want to know they are doing a good job, so creating an environment where people recognize each other for a job well done is an impactful way to get your team on the same page.

Make it once a week or once a month. Whatever it is, get that gratitude train to pull up to the station on a regular occurrence so people can get their ticket and jump on.

So, there you have it. Pick your favorite tips, and implement them as we all navigate the VUCA world (Volatility, Uncertainty, Complexity, Ambiguity).

Our desire to feel connected in our own way with our own values is now even greater. Your team being on the same page and achieving great things together will sustain morale, give people purpose, inspire others, and generate positive ripple effects across the whole organization. 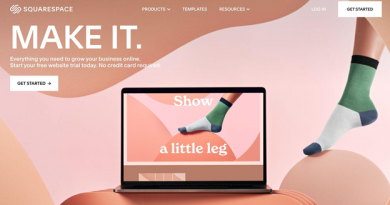 How to Start a Digital Marketing Business 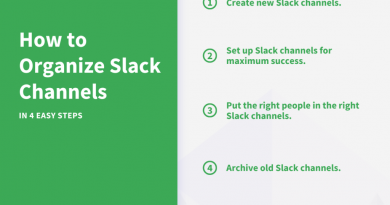 How to Organize Slack Channels

Check out these great Amazon books to help you achieve your goals!

YouTube Marketing: From 0 to 100K Subscribers – How to Grow your Channel and Make Much More Money

How to Make £25,000 a Year Trading Cars Online – Part Time: The Secret Knowledge of the Online Masters – Revealed

6 Figure Influencer: How To Build A Business On Social Media And Work From Anywhere In The World (6 Figure University)